Why Pauly's is different than the rest!
Pauly's specializes in less stress grooming that is aimed for puppies and elderly pets, as well as pets with medical conditions or pets that have had negative grooming experiences in the past.  We also limit the stress a cat may encounter while being groomed by not allowing dogs in the salon during their grooming time.  We are a completely crate/kennel free salon.  We are also one-of-a-kind in the fact that we PROMISE to have your pet completed within 2 hours.  Honesty & safety are two very important goals here at Pauly's.
We want your pet's grooming experience to be as fun and enjoyable as you want it to be! 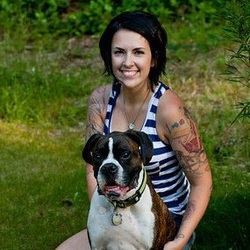 Bio:
A Port Orchard resident and South Kitsap high graduate, Tiffanie has always had a love for animals.
Tiffanie was accepted into WSU’s School of Veterinary Medicine and worked as a veterinarian assistant & kennel assistant at two PNW Veterinary hospitals.  Tiffanie traveled all over the country, but returned to settle down in her home town.
Her interest in grooming was sparked by her own pet Boxer who had been having negative grooming experiences at a chain store facility. She wanted to provide loving care to animals in their
home, which would reduce their stress.  So she trained and ultimately opened up
her own mobile business 'DuPont Mobile Pet Grooming' in 2005 which serviced the DuPont and Fort Lewis communities for  5 years. Tiffanie then worked as the groomer at Bethel Animal Hospital for 1 year in 2011, ultimately opening up her own store front Pauly's Paw Spa on Bay street in 2012. 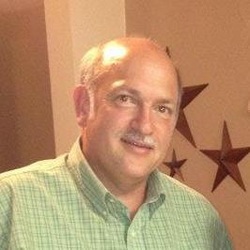 Pauly's Paw Spa was named after Tiffanie's father, Paul who passed away very unexpectantly in September 2012.  The salon would have never gotten to the wonderful place it is at if it wasn't for him.  Paul was a retired Army veteran, 30 year civil service employee at PSNS and the founder of "Taking It To The Streets", a homeless feed outreach program.  But above all things, Paul was Tiffanie's number one supporter of her business.